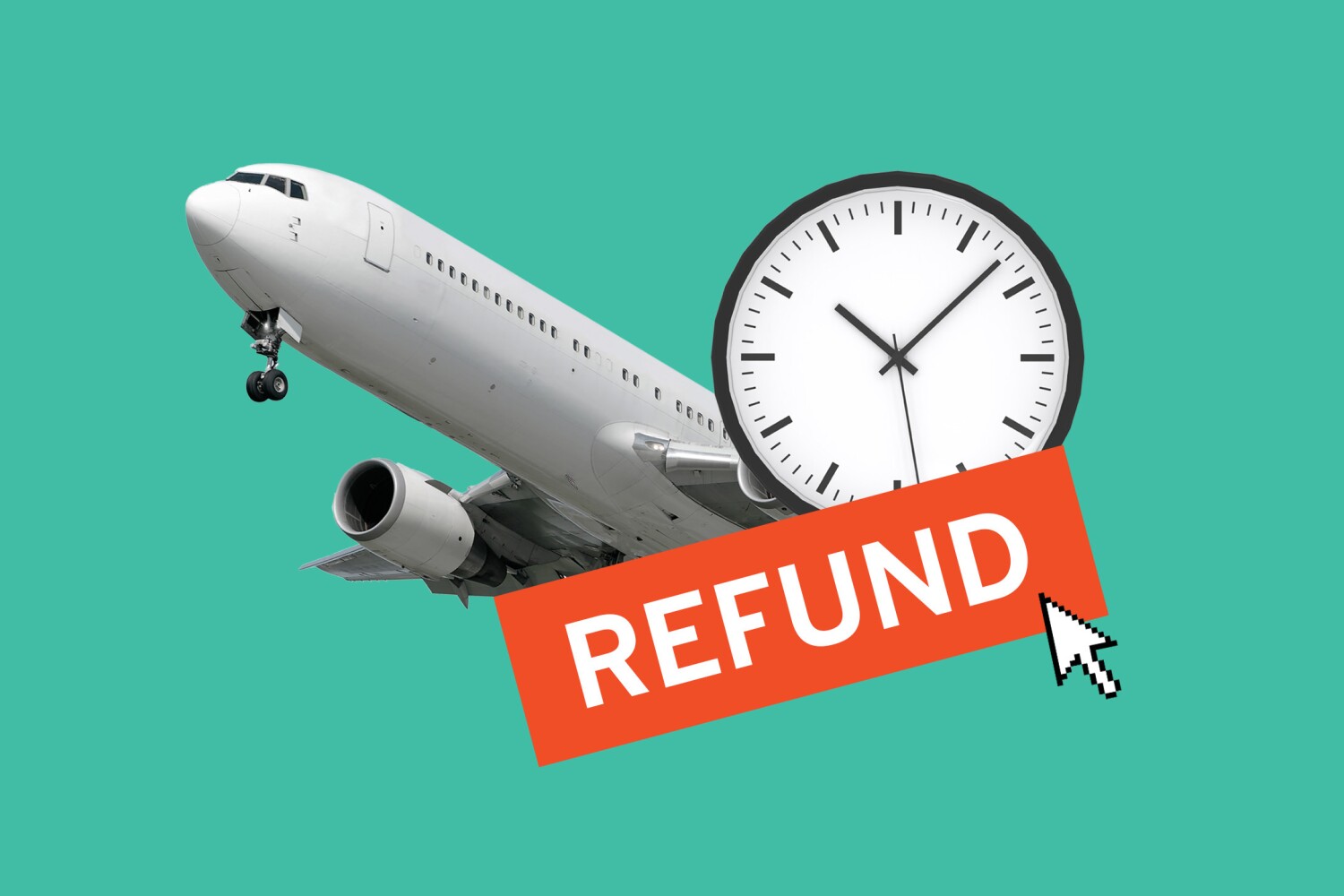 Garth Follett of Novato, Calif., planned to travel to the Philippines in March. When he bought his ticket in January, the novel coronavirus was lurking but not yet menacing every country in the world.

What happened to Follett — and, more specifically, Follett’s money — has happened to thousands of others as airlines struggle to stay afloat financially. For many people, that meant they did not receive refunds even when they were entitled to them by law.

In January, he bought a ticket to the Philippines for March 29. He paid the $1,127 fare with a debit card.

In February, the world began to understand that the virus was an imminent threat.

On March 11, the World Health Organization declared the coronavirus outbreak a pandemic, and on March 13, the United States declared a national health emergency.

In March, Follett began trying to get through to Philippine Airlines, or PAL, to find out the status of his trip. Unable to reach PAL by phone, he packed his bag and went to San Francisco International Airport on March 29 in case the flight was departing as planned. It wasn’t, and he was told he would have to call PAL for a refund.

He was entitled to that refund because PAL, not Follett, canceled the flight.

The DOT has jurisdiction over foreign airlines if they do business in the United States. If you look at the Air Consumer Travel Report for May, you’ll see more than 10,000 complaints about foreign airlines.

PAL isn’t the worst. Air Canada, which we’ve written about because of its churlishness in providing a refund, led the pack in total complaints with more than 1,700.

During April, May and most of June, Follett tried repeatedly to contact PAL to ask for a refund. In late June, he finally got through but was told he had to wait three billing cycles for his money to be credited to his bank account.

Almost 60 days after that call, he called again and was told he would get his money back, except for $349 in taxes.

This week, he filed a complaint with the DOT.

PAL did not respond to our three requests for a response to Follet’s predicament.

But the DOT did respond to our questions about Follett’s best course of action.

“Airlines have an obligation to provide a refund to a ticketed passenger when the carrier cancels or significantly changes the passenger’s flight and the passenger chooses not to accept an alternative offered by the carrier,” a DOT spokesman told me.

Because of the overwhelming number of refund requests, the DOT isn’t holding airlines’ feet to the fire with the same rigor “if those carriers are making good faith efforts to provide refunds in a timely manner,” a May FAQ from the DOT said.

It’s not known whether what happened to Follett registers as a “good faith effort,” but the DOT also noted that he could file a complaint with the Office of Aviation Consumer Protection at bit.ly/DOTAviationComplaintForm.

The DOT said the airline must acknowledge the consumer within 30 days of receiving the complaint and respond within 60 days.

And what about that $349 that PAL wants to withhold for taxes? Nope, the DOT said. That’s part of the price of the ticket, so it must be returned to the customer as well.

If all goes as the DOT timeline suggests, Follett should hear back from PAL by the end of October, 121 days since he was able to get through to the airline to request a refund. Whether he will get his $349 in taxes refunded also appears to be a question in PAL’s mind, although not the DOT’s.

I’d love to share some sage advice with you to ensure that you never get entangled in such a mess, but these are extraordinary times, cubed.

It’s always better to pay with a credit card instead of a debit card, but even if Follett had, by the time he found out his flight wasn’t taking off, the 60-day window for disputing a charge under the Fair Credit Billing Act would have expired. (You do not have to pay the disputed part of your bill while the investigation is pending.)

Could he have contacted PAL sooner than June 29? Perhaps, if he had wanted to make a career out of calling a number that he said was always busy.

Should he have called back after PAL said yes to a refund? Unknowable. At least he now realizes that he’s also due a refund for the $349 in taxes, despite what PAL said.

The size of Follett’s tussle is minuscule by comparison, but the sentiment suggests a course for those who believe every company should do what’s right and fair.

Have a problem, dilemma or issue that’s travel-related? Write to catharine@catharinehamm.com and include your name and city of residence. We regret we cannot answer every inquiry.

Should You Travel To A Reopened State?

When Georgia allowed businesses to reopen at the end of April, many visitors from elsewhere flocked to the Peach State to take advantage of the restaurants, salons, bowling alleys and more. As other states followed […]

Amid COVID-19, we visited Morro Bay with Airbnb precautions

In April my husband and I were set to take our grandsons, ages 6 and 9, on a getaway to the San Diego Zoo Safari Park and a nearby resort. COVID-19 and the shutdown crushed […]

As visitors continue to make their way back to Las Vegas, some of the chatter has shifted from what’s open to what’s not open — and what may never reopen. The majority of the 30-some […]